What’s Going on With Winter Wildlife?

Young minds are wonderfully inquisitive, and if you are a parent to a little one — or know anyone who is — it doesn’t take much imagination to think of the questions a child might have about the changes they’re seeing in the natural world this time of year. Questions like “Where do the animals go when it’s cold?” and “Why do the trees lose their leaves?” are just the tip of the iceberg! If you’re feeling in need of a “brush up” on your winter wildlife terminology in advance of answering these questions and more, we’ve put together a cheat sheet of terms to help you navigate your next walk through nature this winter, with some helpful examples taken from the Arboretum. You might even say we’re helping you come to terms with the changing season!

This is an easy one to see, and something we notice as a first sign of the changing seasons. As the leaves of the trees change color and fall to the ground, they are preparing for winter in their own way. During the summer months, trees spend their time producing food in the form of glucose through the process of photosynthesis. This process takes place in the leaves, and in fact, it is their main function. As temperatures cool and there is less sunlight, trees drop their leaves because it requires too much energy to maintain them. With less energy going into maintaining the leaves, the tree is able to slow down its growth and metabolism, too. They remain dormant until warmer temperatures and longer days return. 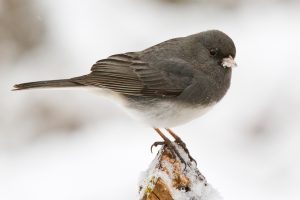 This seasonal movement of animals from one location to another hardly goes unnoticed in our area. Major events for regional naturalists include the monarch butterfly migration and the hawk migration. Animals migrate to reach breeding grounds or better food supplies. These can be great distances, like whales crossing oceans; small journeys, like earthworms traveling just below the frost line; or something in between, like moving from the top of the mountain to a lower elevation, as is the case for the dark-eyed juncos that live in our area. This native bird species spends most of the year at higher elevations in the mountains, but during the winter they can be seen at feeders in mixed flocks with cardinals, goldfinches and chickadees.

This term gets used a lot when we talk about what animals do in winter, but in our area hibernation is not as easy as it seems. We only have a few true hibernators: groundhogs and bats. This means they sleep deeply and are nearly impossible to wake up. They spend the fall eating foods that put on a special kind of fat called brown fat. This helps to provide quick energy when they come out of hibernation. Once asleep, their heart rate slows until it is almost imperceptible, and their body temperature drops to just above freezing. Many other animals who are referred to as hibernators, are actually more like “long winter nappers.” Bears, skunks, raccoons and opossums do slow their breathing and their body temperatures drop a few degrees, but they are easily woken up and will often come out and snack on warmer winter days. 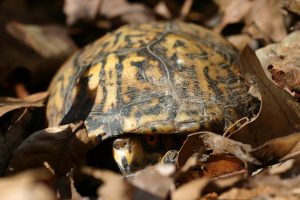 This natural process is very similar to hibernation, but only applies to reptiles and amphibians. With brumation, the animals are not actually asleep, but instead in a state of dormancy. Most reptiles and amphibians burrow underground, as is the case for many frogs. Some also den up together, including several snake species. Locally, Eastern box turtles will often return to the same brumation site each year, performing a little migration of their own across their home range. Their dig site might start as a shallow indentation under pine needles or soft forest litter, but as the temperature lowers during the season, they may dig as far as a foot underground!

The next time you go for a walk on the Arboretum’s trails, take stock of what forest friends you’re seeing — or what organisms are notably absent — and think about which of these terms might apply to each of them. If you are a parent, this time of year provides a great teaching opportunity, and we’ve put together a simple craft to help you reinforce these new terms with your budding young naturalist. 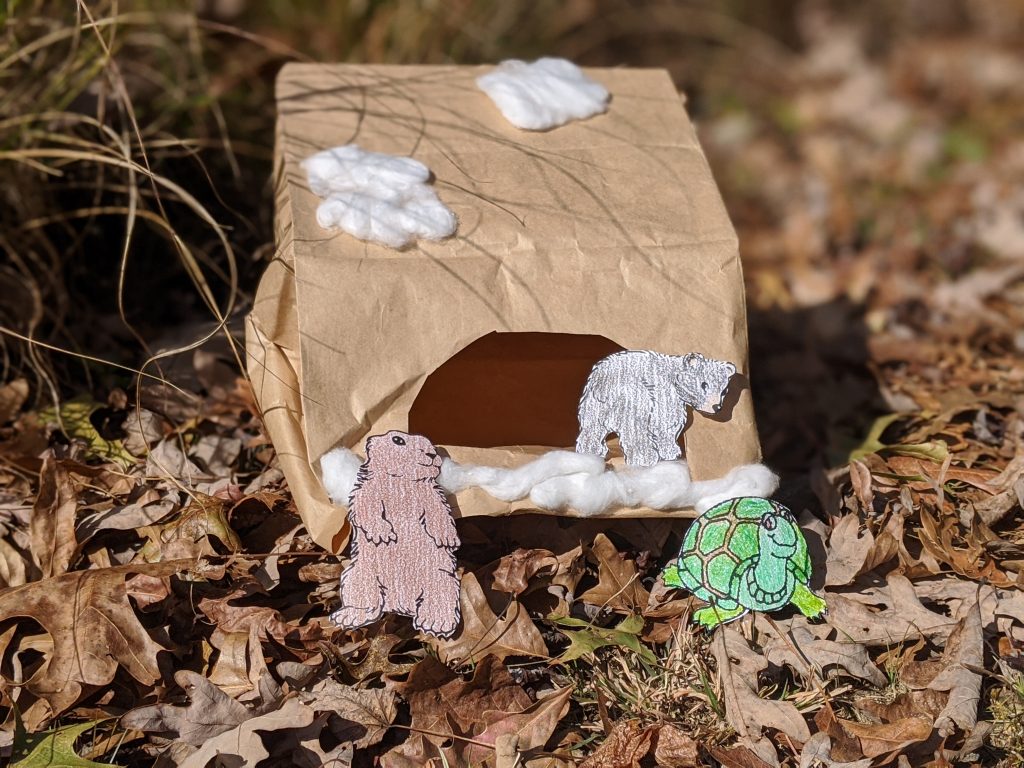 How to Make Your Own Paper Bag Animal Den: