Avian Research at the Arboretum

Posted July 15, 2021 By Will Coleburn in Education, Impact, Nature

Tucked away in the heart of the Arboretum’s National Azalea Repository is a dense riparian forest cove full of quintessential Appalachian broadleaf evergreens and deciduous understory plants that provide the perfect breeding habitat for many species of neotropical migratory birds. That is why, in 2018, Wild Bird Research Group, Inc. (WBRG) worked with The North Carolina Arboretum to establish an avian research and bird banding station here to study and track the bird species that call the Arboretum their summer home. As Station Manager for this outpost, I wanted to tell people about some of the awesome work we’ve been up to.

What is Bird Banding?

Bird banding is a passive tracking research practice used by licensed ornithologists across the world to study bird populations and species dynamics. Birds are netted using strategically placed, stationary mist nets, which are checked for birds every 30-45 minutes. Any captured birds are delicately extracted by hand and brought to the banding station, where banders secure a numerically unique aluminum ring to the leg of each bird and record a series of physical notes and measurements that are impossible to determine from mere field observation — primarily age and sex. The whole banding process is made as stress-free as possible and is likened to a visit to the doctor’s office for a physical exam. Once banded and processed, the birds are then released back into the habitat from which they came.

All band records and data are submitted to the Federal Bird Banding Laboratory (BBL) database, and during the breeding season, this information is also submitted to the Institute for Bird Populations (IBP) database as part of their Monitoring Avian Productivity and Survivorship (MAPS) program. The Arboretum banding station is a MAPS station, which operates during the summer breeding months and largely focuses on migratory birds that breed here before returning their wintering grounds in Central and South America.

We’re only halfway through the MAPS banding season for 2021, which runs from the end of May to the beginning of August, but this year has already been a record year for the Arboretum station with a total of 78 birds processed thus far! Of these birds, 82% have been migrants, and from that total there have been 18 recaptured birds that were banded in previous years, 72% of which have also been migrants. These numbers are fantastic and demonstrate what MAPS banding is all about — banding and recapturing migratory songbirds on their breeding grounds to monitor the health of their population and habitat. The Arboretum is proving to be a very stable and productive habitat, which is demonstrated by the high fidelity of returning migrants over the past four years.

One of the best examples of a bird that showcases the success and productivity of the Arboretum banding station is the migratory male Black-throated Green Warbler featured below. This individual was first banded in July of 2019 as an after-second-year bird, meaning he was determined to be at least two years old. He was recaptured in 2020 along with his likely mate, and then again in 2021 — this time with a  juvenile bird presumed to be his offspring. This recapture data indicates that this bird is now at least four years old, which is great for a migratory bird! It also indicates that the Arboretum is a really stable and supportive habitat, and well worth coming back to each year to raise young.

As a nonmigratory resident species, birds like Northern Cardinals aren’t the main targets of the banding station, but their presence can still provide valuable insights. One male in particular has become quite a celebrity at the Arboretum banding station, not just due to his good looks, but because he was one of the first birds ever banded at the station! Walter, as he was dubbed by the Arboretum’s Director of Education Jonathan Marchal back in 2018, has shown up every year since, and we hope to see him this season, too!

The productivity and success of a banding station is certainly dependent on the presence of birds, but is also largely attributed to the hard work and dedication of its banding crew. WBRG has a terrific team this year, which is composed of banding technicians Thomas Copeland, Jonathan Engel, Israel Golden and Karah Jaffe; WBRG staffers Liz Evey and Andrew Laughlin; and a rotating cast of banders and volunteers, including Clifton Avery, Clayton Gibb, Chis Kelly and Rebekkah LaBlue. All of us are looking forward to a successful rest of the banding season here at the Arboretum —  and to seeing many of the birds we have banded return in future years after a much-deserved tropical winter vacation. 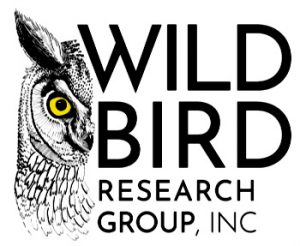 Wild Bird Research Group, Inc. is a 501 (c)(3) non-profit organization whose mission is to conduct and support research and conservation initiatives that benefit birds and their habitats throughout the Americas. WBRG currently operates in New Jersey, North Carolina and Costa Rica, managing various seasonal research and banding stations and providing educational and career-building opportunities for both students and the public. To find out more about WBRG and stay up to date with their current work, you can visit their website, follow them on Instagram or email the author of this post, Station Manager Anthony Squitieri.