Due to potential inclement weather, ArborEvenings has been cancelled for Thursday, August 11. Guests who pre-ordered food will automatically receive a refund. Please check back for more dates. The North Carolina Arboretum will remain open to guests for its normal hours. 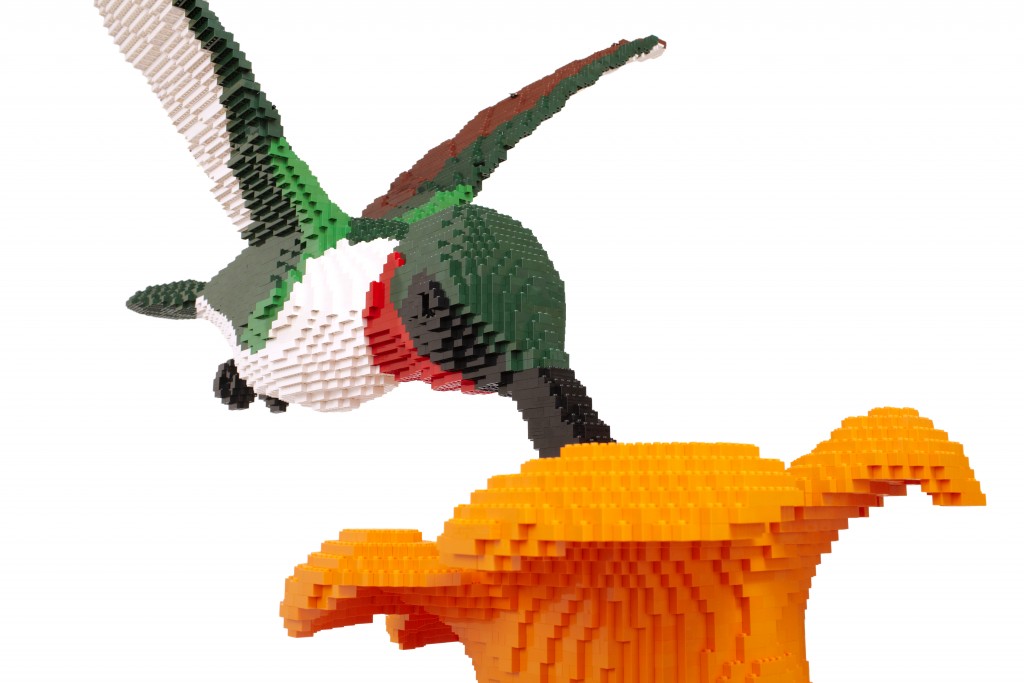 On display July 30 – October 23, 2016, Nature Connects®, Art with LEGO® Bricks is inspired by nature and built from more than 370,000 LEGO®  bricks. This special exhibit features 14 amazing sculptures placed throughout the Arboretum’s gardens including a giant praying mantis, butterfly and hummingbird. Created by Sean Kenney, a nationally renowned, award-winning artist, and the first artist to be named a LEGO certified professional, Nature Connects uses sculptures built entirely from LEGO bricks to challenge visitors to think about nature, creativity, science and play in a new way.

Sean Kenney spent so much time playing with LEGO toys as a child that he decided he might as well make a career of it. For a decade, Sean has been turning ordinary LEGO bricks into spectacular works of art. Based in New York City, Sean was the first of now only 15 LEGO Certified Professionals worldwide. His work has been featured in major media from The New York Times to BBC News. A self-described “professional kid,” Sean uses LEGO bricks to create things that connect to the larger world. He hopes that after seeing his sculptures, children will become inspired to create great things themselves.